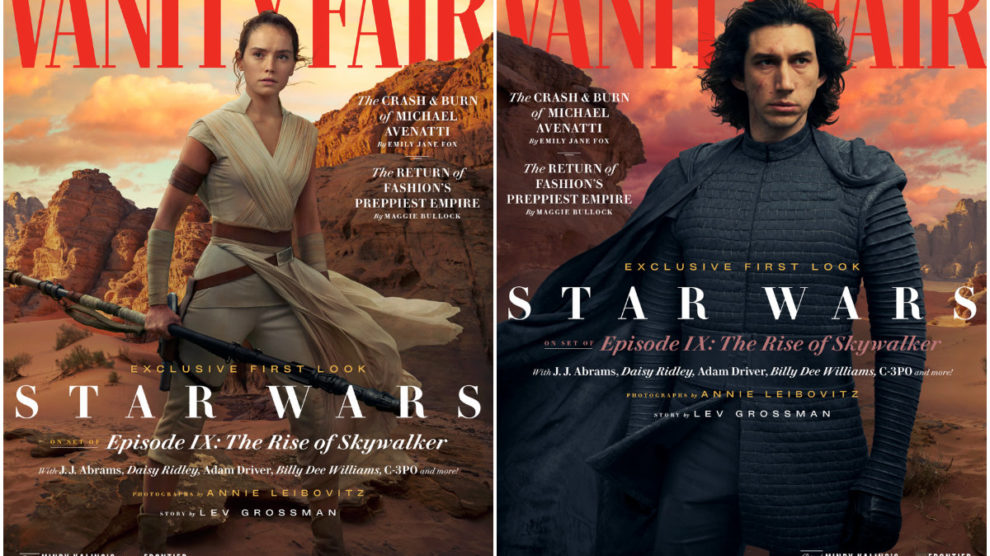 The trailer / title reveal in Chicago last month was one for the books, but for my money, Star Wars' greatest year ever has only now officially kicked off.  I remember twenty years ago, in February 1999, when the first real peek at The Phantom Menace outside the trailers was delivered in the pages of Vanity Fair, with a massive Annie Liebovitz photo spread and pages upon pages of behind-the-scenes jiucy detail.  Amazingly enough, that issue actually printed the opening crawl of the movie (although I distinctly remember NOT reading it until three months later when the movie came out!).

Vanity Fair has kicked off the marketing push for every Star Wars saga film since 1999 - all three prequels as well as The Force Awakens and The Last Jedi (four separate covers for that one).  Just in time for the 42nd anniversary of A New Hope's release this coming weekend, we've got what might be the last one ever, and it is gorgeous.  Grab your hard copies, check out the online version, and browse the Happy Beeps catalog to see all the times Star Wars has graced the covers of general interest magazines over the years, from Time Magazine to Newsweek to People and more!